In yet another move to increase transparency, Facebook has started testing new information labels for paid partnerships. Similar to the political labels, if instituted, a Branded Content icon would appear on images and posts. This icon would be clickable and would provide the user with more information about the brand partnership.

In what is possibly the most trending social news this week, Twitter instituted a push to remove inactive accounts. They noted that likely all accounts would see follower loss with an aggregate of “tens of millions” across the platform.
From the chart below provided by Socialbakers, you can see major follower losses by some of the more prominent twitter accounts:

It is important to note that these accounts were completely inactive. According to Twitter they were not tweeting or interacting with the community in any manner.
Now that purchasing followers is such a common and inexpensive endeavor, Twitter is trying to bring back legitimacy to their metrics.

Instagram has officially rolled out the ability to integrate question stickers into your story. They released a statement saying:

This tool provides marketers with another way to collect insightful feedback from their audience. Instagram’s statement went on to say:

“You can find your friends’ responses in your story’s viewers list. Tap any question they’ve asked to create a new story where you can answer it, and the question you’re answering will appear on your story for context. Though you’re able to see who submitted each response in your viewer’s list where it’s private, when you share that response in your story, your friend’s photo and username will not be shown.”

Facebook is releasing a new ad type which will allow users to virtually try on products. These ads will appear on the main feed of the 2.2 billion individuals currently using the platform. The ads will have a ‘Tap to try it on’ option, and once utilized, will use the Facebook camera to apply a digital version to the user. 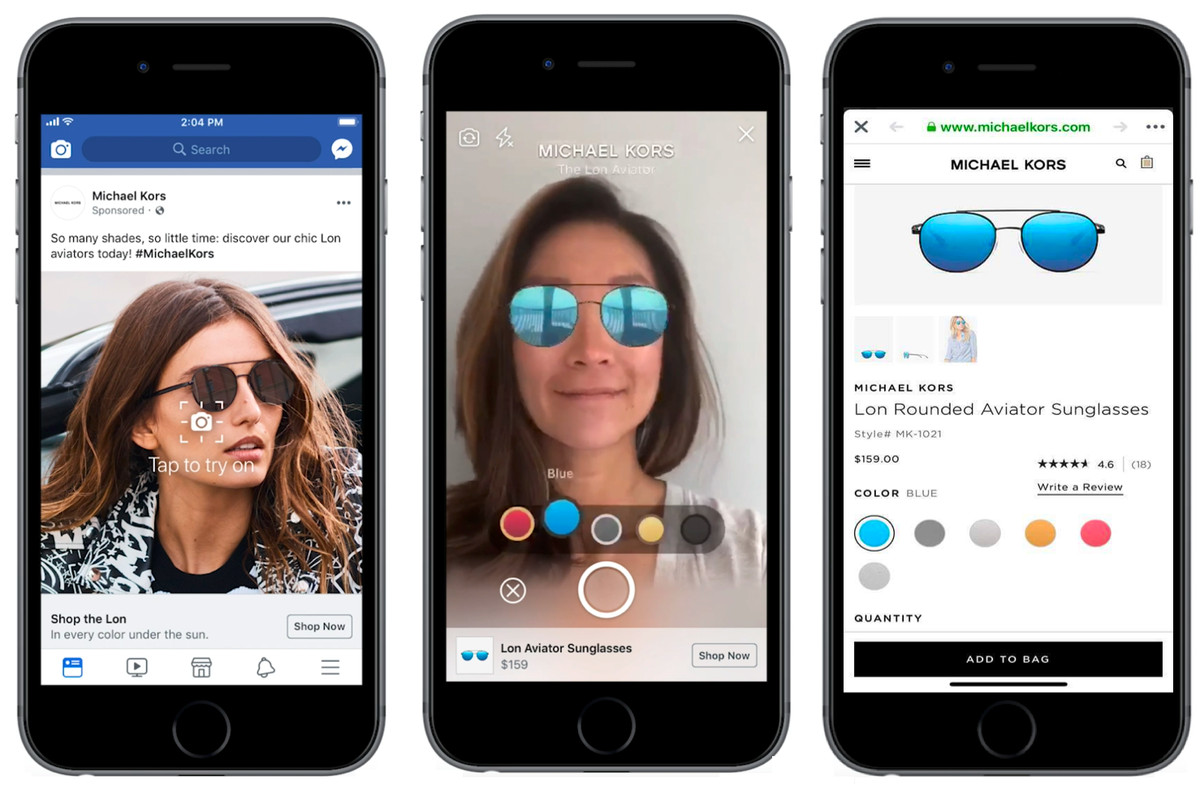 Twitter is testing out a new ad type which will allow companies to buy large banners which will dominate the top of the screen. The users of these new ‘Promoted Trend Spotlight Ads’ will be able to place either still images or GIFs at the top of an audiences feed the next two times they use the platform. These will not be cheap and come with a reported cost of around $250,000 per day.

The new ad type is currently being tested with no announced roll out date.

Pinterest has added new collaboration tools for group boards which make it easier to plan events and functions through the platform. The Pinterest team released a statement saying:

“Launching on group boards, now you can have conversations with the other members of your board with the new group activity feed”.

These new collaboration tools will allow users to track new Pins added to a group as well as new member activity. They will also be able to utilize a ‘Say something’ function to share conversations about specific Pins. Pinterest hopes to stay on the trend of group collaboration with these new functions. As explained by their team:

“The majority of Pinners use group boards to collaborate with family and friends as they plan parties, events and projects together. These updates are in direct response to requests from Pinners just like these, and they’re part of our ongoing effort to make Pinterest a more productive place to bring events and other projects to life.”

Twitter has announced the rollout of a new feature which will allow users to ‘dock” a video on the platform. As seen in the photo below, this will pin the video in place, letting the user continue to watch as they scroll through their feed.